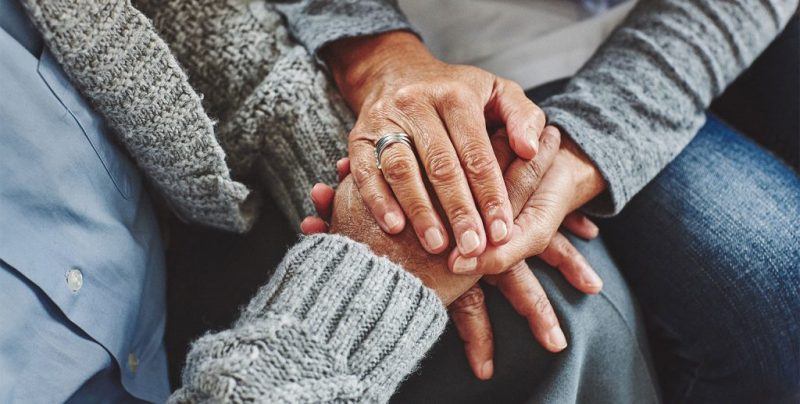 In many cases, elder abuse cases are brought forward by the relatives of the person being abused. It can be difficult to tell if your loved one is being abused by medical or nursing home staff, but there are some common signs you can look out for.

The following are a few common signs of elder abuse or neglect:

How To Report Elder Abuse

If you suspect that you or someone you love is a victim of elder abuse and may be suffering from immediate danger, please contact 911. Otherwise, here are some helpful resources on how to report it:

Enough is enough. Senior citizens are not second-class citizens and their perpetrators are not above the law. You don’t have to allow this deceitful class of corruption to be swept under the rug any longer.

Contact Berberian Ain LLP to speak with our Glendale elder abuse attorneys. Our team has extensive experience handling these types of cases. We can gather the evidence needed to prove instances of abuse, explore your available legal options, and help you seek the compensation you deserve. There’s no age limit to safety, dignity, and respect; California’s most trusted elder abuse attorneys will see to it that your rights as a citizen and a human being are protected.

Initial consultations at our firm are offered at no charge. Call (818) 808-0048 for a free consultation today.

What is Elder Abuse?

The World Health Organization defines elder abuse as “a single, or repeated act, or lack of appropriate action, occurring within any relationship where there is an expectation of trust which causes harm or distress to an older person.” It can be physical, verbal, sexual, emotional, psychological, or financial. It can also be neglect–whether it’s intentional or unintentional.

The abusers come from all walks of life (family members, nursing home attendants, doctors) and the abuse can take both obvious and non-obvious forms. When it comes to physical abuse and/or neglect, the victim may display visual signs such as bruises or broken bones from physical attacks or restraint, bed sores from being left in the same position for too long, weight loss from malnutrition, unsanitary living conditions such as soiled bedding or clothes.

But the abuse is not always so conspicuous–emotional and verbal abuse is the most underreported type of elder abuse, especially among dementia patients who are impaired in memory and communication skills and often can’t or won’t report it. It can come in many varieties: yelling, swearing, threatening, humiliating, blaming, and scapegoating. These underhanded aggressions can lead to depression and other psychological issues, manifested in behavior such as rocking, sucking, or mumbling to themselves. Sadly, these symptoms are often mistaken for (or even willfully masked as) common signs of dementia or mental deterioration, leaving the victim to suffer silently.

Moreover, you often see financial exploitation (for example, significant withdrawals from the elder’s account, suspicious changes in wills, items or cash missing from the elder’s household) and medical mismanagement (such as refusing to provide necessary medications and physical therapy).

Under California’s elder abuse laws, victims are defined as persons 65 years or older and the abuse can include:

How Prevalent is Elder Abuse?

Although frequently overlooked, the statistics on elder abuse reveal that it is a tragically widespread issue affecting 1 in 10 Americans over the age of 60, with estimates ranging as high as 5 million cases each year. Too many of these cases still go unreported–one study suggests that only 1 in every 14 elder abuse cases is reported to the authorities. This needs to change.

We Can Help You Stop Mistreatment of Seniors

Elder abuse is a worldwide epidemic that often gets overlooked. Recent data suggests an uptick in reported cases in the United States, but sadly, most cases still go unreported. The reasons for this vary, but a sense of isolation and lack of social support is an important risk factor. As senior citizens become older, not only do they become more physically and mentally frail, but many of them lose friends and family members. They are either put in a nursing home, tended to by a family member, assigned an at-home caregiver, or placed in a medical facility. Unfortunately, elder abuse occurs in ALL of these places far too often, in the form of neglect, mistreatment, medical malpractice, physical and verbal abuse, and financial exploitation. z

Many abusers think they can get away with it, because the victim is too physically or mentally frail to fight back (they may not even know it’s happening). None of this is to be taken lightly: elders who experience some form of abuse, even if it’s mild, have a reported 300% higher risk of death. This has grown as an important public health issue, and thankfully, the law is here to help put a stop to these practices.

You can learn more about the elder abuse cases we handle from the links below:

“I had the great pleasure of having Richard Berberian serve as my attorney. Having him represent me was one of the best decisions I have ever made. He helped me with a difficult legal matter and made a positive impact on my life. His willingness and ability to listen is what made him stand out from other lawyers I have dealt with in the past. He truly cares about his clients and is committed to helping them get the restitution they deserve. I could not have asked for a better end result in my case. He is passionate about his work and it is clear that this job was meant for him.”  -Mark S.

Your case may seem overwhelming in the beginning, but there are others who have been in similar situations and found a way forward. Our team can help you make the next steps. Contact Berberian Ain LLP today to schedule a free initial consultation with our lawyers. You can also call us at 818-808-0048.