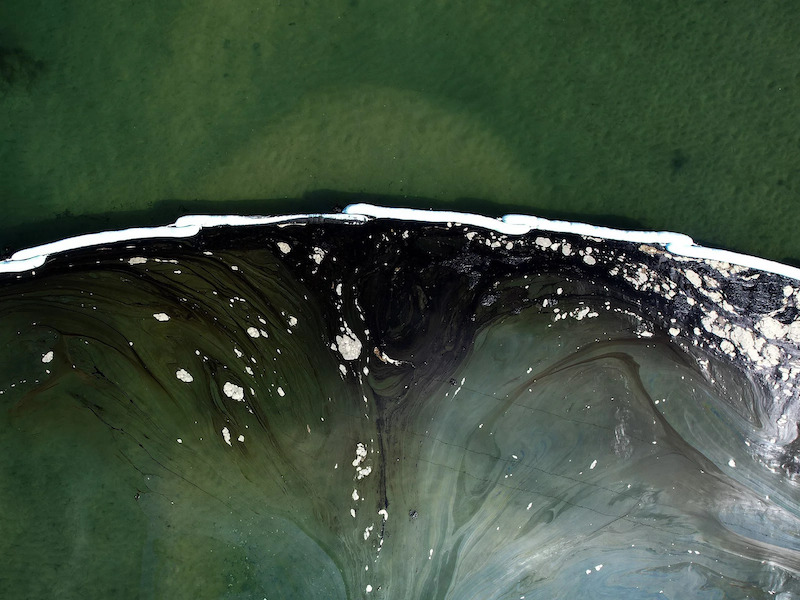 During the first week of October 2021, an oil pipeline off the coast of California had a massive leak. The oil spilled into the ocean before finding its way to local beaches and marinas. The California oil spill requires massive cleanup of the environment, with oil spreading over 13 square miles into marshlands, beachfront properties, and boats kept in marinas.

If the oil spill in Orange County damaged your property or you sustained economic loss due to the spill, you may be eligible for compensation. California residents should consider hiring Berberian Ain Attorneys LLP to help them file a claim for compensation.

Our experienced property damage attorneys can assist you by gathering evidence and filing the paperwork for your claim. You don’t have to deal with the California oil spill cleanup alone.

What Caused the Oil Spill?

Investigators believe the oil spill in California occurred after a ship’s anchor caught on the oil pipeline located 98 feet below the ocean surface. They found a 13-inch tear along a section of the pipeline they believe is responsible for the leak. The 41-year-old pipeline sits on the ocean floor, encased in concrete. Older pipelines are more fragile and more prone to accidents.

Reports indicated about one mile of the pipeline may have been dragged 100 feet from its original location by the ship. It appears that the anchor tore the pipeline, allowing oil to spill out. Investigators are working to identify the ship responsible and examine if there was any negligence on their part.

Is the Oil Company At Fault?

Reports of a possible spill began late Friday night on October 1, 2021, as people noticed an oily sheen on the water at Huntington Beach. The Houston, Texas-based company operating the oil pipeline, Amplify Energy Corp, did not confirm any leak or spill reports until early the next morning.

Amplify Energy Corp first received an alert that pressure dropped in an oil pipeline at 2:30 am in their control center but did not shut down the pipeline until after 6 am. The energy company then waited for an additional three hours after shutting down the pipeline before they contacted the US Coast Guard’s National Response Center to inform them of the oil spill.

The delay in reporting the spill slowed the response, allowing more oil to leak and spread into the area. Investigators are working to determine the exact amount of the spill, but the latest California oil spill reporting estimates 132,000 gallons of oil spilled. If investigators find the energy company was negligent in their actions, they could be responsible for damages and be fined or charged criminally.

Will the Oil Spill Damage the Surrounding Area?

The oil spill in Orange County oceans requires a huge cleanup of the area. Government officials are calling for massive resources to help with cleanup and recovery from the spill. Even with enough workers and funding, it will take months to clean all the affected areas.

What are the Ecological Impacts?

Oil spills always cause large environmental impacts. Fish, birds, and other wildlife can die after coming into contact with oil or eating contaminated food sources. Oil can damage marine life and plants along beaches and in wetlands.

The oil comes ashore, littering the beach and making it unusable for visitors and residents. Pollutants and chemicals from the oil make the air unhealthy for people to breathe. Workers have to be brought in to clean the oil off the beach, and health advisories must be lifted before beachgoers can return.

Currently, California oil spill response teams are collecting spilled oil blobs and erecting booms to protect sensitive areas and wildlife in wetlands and beaches, but it can’t erase the ecological damage that has already occurred.

What are the Economic Impacts?

Residents in the area also face economic impacts from the oil spill. Beaches are closed, and visitors are staying away. Businesses in beach communities may see fewer customers and sales for weeks, if not months. Tourism dropped for several years in Huntington Beach after an oil spill in 1990.

Commercial fishermen who work in Southern California waters may have to relocate to continue running their business. As of October 4, the California Department of Fish and Wildlife closed the water between Huntington Beach and Dana’s Point to all fishing until further notice.

California residents with boats were also affected by the oil spill. Oil that leaches into marinas can stain boats and harm engines docked there. Boat owners that were out during the oil spill may have collected oil along their hull. Boats will have to be decontaminated and cleaned out of the water so the oil and cleaners won’t harm the environment.

How Can Our Firm Help You Recover Damages for Your Losses?

Local California residents are facing the most direct consequences of the oil spill. The economic impact on your personal property, local businesses, and the cost of cleaning their environment affect your livelihood.

You shouldn’t be responsible for paying for the damages caused by an energy company’s negligence. You have the right to file a lawsuit for compensation for your losses.

Filing a lawsuit may seem overwhelming. There are multiple entities involved in the oil leak, including out-of-state companies. You may not know what paperwork you need to fill out or when to file to meet deadlines. You can’t afford to make mistakes, and you don’t need the stress of handling your case alone.

Hiring an oil spill attorney at our law firm can help you with your case. We’re experienced at handling complex cases and making sure you receive the compensation you deserve.

Berberian Ain’s oil spill attorneys have spent their careers fighting for people’s rights during times of crisis. Our firm is compassionate to your loss and will work tirelessly on your behalf.

Where did the oil spill happen in California?

The oil spill happened in the Pacific Ocean, about 5 miles off the coast of Southern California. The affected area on the coast includes 15 miles of beaches in Orange County, stretching from Huntington Beach to Laguna Beach.

Who is responsible for the oil spill in California?

A cargo ship’s anchor may have caught on the aging pipeline and dragged it along the ocean floor before causing a tear in the pipeline, resulting in the spill. Investigators are looking for the ship they think is responsible.

The energy company running the pipeline, Amplify Energy Corp, may have also acted negligently by not immediately shutting down the pipeline and waiting to report the leak to authorities.

Are California beaches and water where the oil spill happened safe to visit?

Beaches and waterways have been closed since the oil spill. Officials can’t reopen beaches until air quality and water quality tests show no detectable levels of oil or toxins. Even after they open, visitors should avoid coming into contact with any oil and leave if they smell like oil or chemicals for their safety.

How much will it cost to clean up the oil spilled in California?

The spill sent upward of 132,000 gallons of crude oil into the ocean. So far, the California oil spill response teams have collected 5,544 gallons of oil from the ocean’s surface and 13.5 barrels of tar balls from beaches. The full costs of this cleanup are still being determined but will probably be in the tens of millions of dollars. A similar-sized oil spill in Santa Barbara, CA, in 2015 cost over $69 million to clean up.

Residents dealing with the economic impact of the oil spill cleanup in Los Angeles County and Orange County should hire an attorney. At Berberian Ain Attorneys at Law, we understand you’re a victim of this environmental disaster and can help you hold those at fault accountable.

Our legal team is adept at crafting winning legal strategies, and we have a strong track record of getting our clients the results they deserve. Call our law firm today at 818-808-0048 for a free evaluation of your case.